The vehicle was completely redesigned, inside and out and had a lower, wider stance. A lower center of gravity meant the Pajero had better on-road handling manners and the newer body had over three hundred percent more torsional rigidity. The biggest change to bring this about was that the Pajero utilized a unibody construction, as opposed to the previous body-on-frame (box-ladder). This also permitted a longer suspension stroke. The fuel tank was also relocated to between the axles for better safety. The third generation Pajero moved one size up from mid-size to full-size SUV. On 17 May 2004 Mitsubishi announced that they were considering shutting down the Gifu plant but decided not to after negative feedback. The Gifu assembly plant is surrounded by Mitsubishi's other buildings in which manufacture electronics for Mitsubishi's other divisions. The Gifu plant is known as Pajero Manufacturing Co. and exclusively builds the full-size Pajero.

The SS4 system was also further refined, as bevel gears were replaced with planetary ones. This meant the front-to-rear torque setting ranged from 33 to 67, with the ability to adjust to 50/50 depending on surface conditions. The system was also made fully electronic, which meant the vehicle didn't have to be in gear to switch between drive modes. After all the upgrades, the system was renamed to Super Select 4WD II (SS4-II). 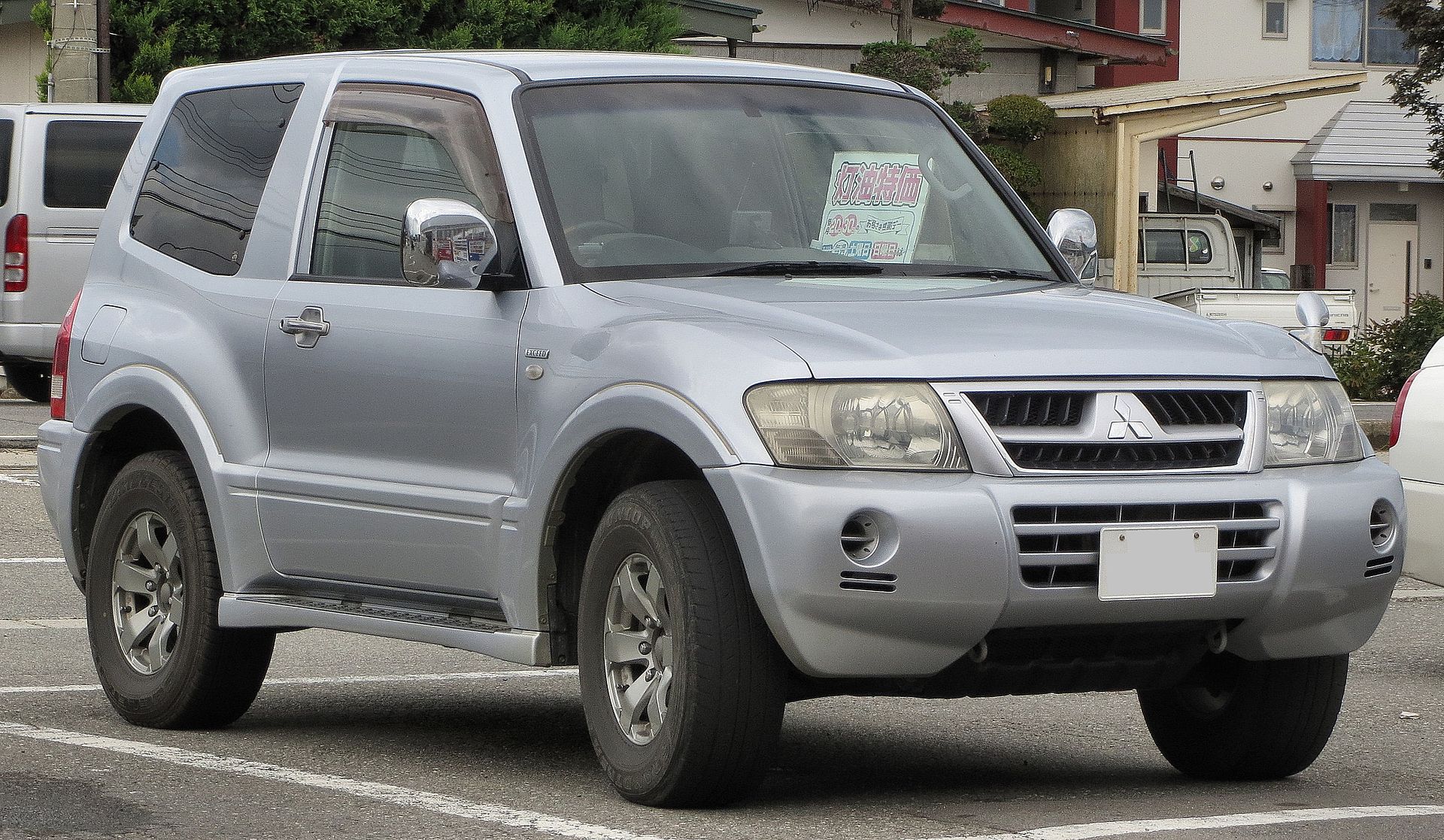 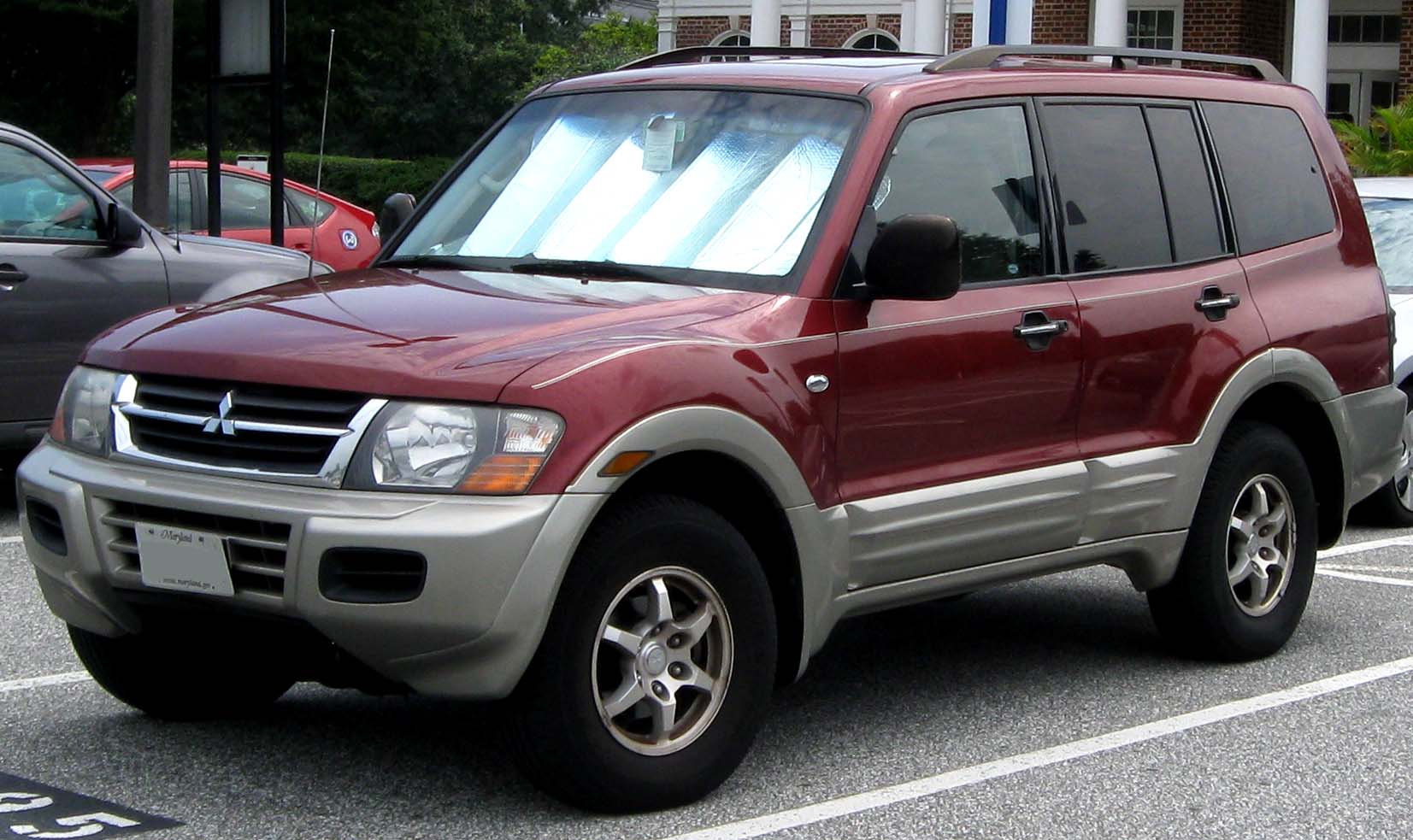 An all-new 3.8-liter SOHC 24-valve V6 powerplant was also introduced on this generation. This engine utilized an Electronic Throttle Valve (ETV), to deliver a refined cruising power with power to spare for off-road ventures.

The third generation was introduced on 2 August 1999 and was scheduled to be replaced by the Autumn of 2006, having been restyled in 2003. This was the most luxurious of the three generations, moving to a more upscale segment to compete against the Land Rover Discovery, but more importantly, to counter its home rival Toyota Land Cruiser's growth. The 3.0 L engine's power was decreased to 130 kW (175 hp/177 PS), and the 3.5 L engine was given gasoline direct injection, increasing power to 162 kW (217 hp/220 PS) in the Japanese market (export versions kept the standard EFI engine, now with 149 kW (200 hp/203 PS). The 2.8 L Diesel was retained only for developing markets, and was replaced by a new 16-valve direct injection engine, with 3.2 L and 120 kW (161 hp/163 PS).

In the North American market, the 3.5 L engine was replaced for 2003 by a more powerful 3.8 L unit, with 160 kW (215 hp/218 PS). This engine was later made available to a few export markets such as South America and Australia, whilst it replaced the GDI V6 in the Japanese lineup in 2005. The short wheelbase model is not available in North America, where the Montero is the only SUV in Mitsubishi's lineup with standard four-wheel drive. Faced with falling sales, the Montero was pulled from the US market after the 2006 model year.

“Nothing is impossible. We can do a lot with cars even repair them. Just share knowledges and search for info.”